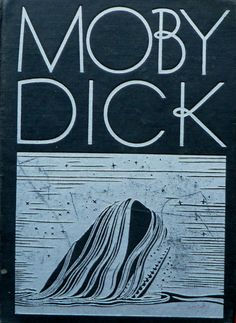 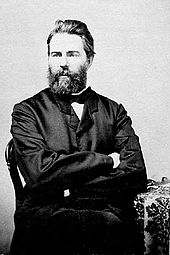 I try not to put much stock in Goodreads ratings as they are usually skewed one way or another and though I’m not surprised, it’s a little disappointing that Moby-Dick has an average rating of 3.46. This book is unbelievable. There were so many times throughout where I sat there trying to imagine Melville churning this thing out only to picture some other worldly being entering an uncharted realm of writing ability. The greater disappointment is that when Moby-Dick was originally published in 1851, it did not do well both critically and commercially. In fact, all of Melville’s books were out of print by the time of his death. It wasn’t until the early 1900’s that his works were revisited, leading to Moby-Dick earning the reputation as a great American novel. The guy never even got to witness how successful his work had become. I suppose this happens a lot in history, but nevertheless, it’s kinda depressing. At least it did resurface over the course of history so I could be writing this review right now.

Moby-Dick tends to have a reputation, at least from what I heard, as being long, difficult, and boring. First off, it’s long compared to your average book, but I didn’t find anything abnormally long about it. My edition was 624 pages, but with rather generous spacing, not to mention most of the chapters are quite short, leaving a lot of space between chapters. I felt like I was cruising through the book. Of course, the level of enjoyment can play a part in how long it feels. Secondly, don’t be intimidated by it. The difficult part of the book has to do with understanding what Melville is trying to convey with his sentences through metaphors and symbolism, not with following along with what is actually occurring in the plot or with the characters. For me, this makes Moby-Dick less difficult than I expected. Instead of confusing you beyond belief by different writing styles, Moby-Dick more so invites the reader to connect the parallels between the art of whaling and all of human life. It is dense, has many biblical and Shakespearean references, but is very accessible in my opinion. The sentences are perfectly structured and flow like an accordion. You could probably miss the mark on comprehending an entire chapter and still go into the next chapter without missing a beat in terms of the plot. Which leads me to my last point. Many say it bored them to tears. This is understandable and completely subjective depending on the person. The actual plot, the search for the white whale himself, moves at a snail’s pace. This is not an action adventure novel. If you’re expecting to witness drama filled situations frequently, you’re going to have a terrible time. The way I look at it is that the men aboard the Pequod are stuck there for several years at sea. Our narrator, Ishmael, seems to be sort of like a fanboy of these guys on board. He admires them, he wants to be like them, and he loves to talk about their craft. What else is he going to talk about on board a ship for that long?

There is a lot of talk about whaling. Everything there is to know about whales – the history, the classification, the dimensions, cutting up whales, cooking whales, extracting whale oil, selling whale oil, whales and art, whales and religion, whales and you name it. Oh, and then there is the ship and all its instruments as well. But I was completely on board for all of it (pun intended). Don’t worry though, there are many scenes with actual action happening, but the other stuff comes with it.

This sounds like a serious book, which it is, but it is also a weird and wacky book filled with some crazy characters. And the humor, my God, I love it. The humor in it is often very subtle, other times it’s far from subtle, but it’s one thing I didn’t expect going in. I should have expected it since Melville’s humor is on display in Bartleby the Scrivener; which is a great introduction to Melville and only takes a couple hours to read. I must have thought Moby-Dick would be strictly business due to the image I had built up in my mind through the years.

While I would encourage anyone to read it, it’s not an easy book to recommend to everyone. There is no way to predict if someone will like it or not. I will say that the first 100 pages or so are structured like a standard plot driven novel. We are introduced to the narrator, see him join the whaling crew and build up to the ship’s departure from Nantucket. Right away the gloomy atmosphere, the writing and language, and the humor I adored. It may not be until a couple hundred pages in when you realize whether or not the book is for you. There is a section around this range of pages where it goes into the classification of each of the whales. I found it really interesting, but apparently many people dread that part. You should know by that point how you feel about the book. But as I said each chapter is very short, the plot moves slowly, and the writing is dense, so it is a perfect book to read a little at a time. The thing that really carries this novel is the prose. This novel is one to be savored. I was probably only able to take in a fraction of the gems hidden on each page and that was enough for me on the first go around. An instant favorite.

3 thoughts on “Book Review / Moby-Dick; or, The Whale by Herman Melville”

Follow Books Over Troubled Water on WordPress.com
Join 18 other followers