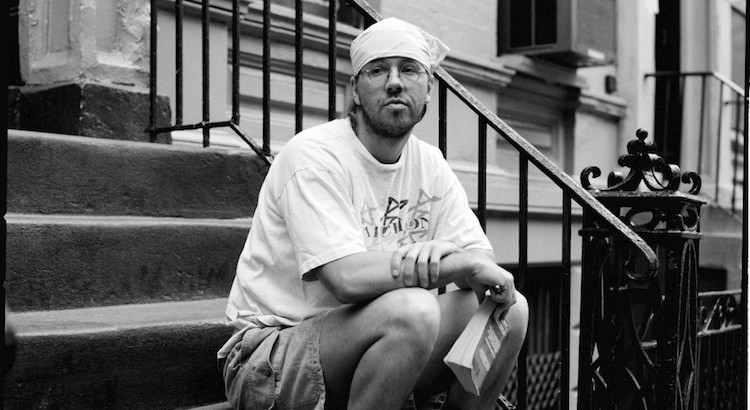 I finally did it. I loved this book at times, other times I had to push through, but overall it was a rewarding experience. It’s impossible to take it all in on the first read. I have so many questions about it but it’s so long I doubt I’m going to try again for a very long time. It’s probably better the second time around though.

I was at the beach a week ago and was taking a break from Infinite Jest when I noticed a place that sold a virtual reality experience along the boardwalk. The customer walks into a room with walls made of screens that display any scene that’s selected as if it’s reality. It’s like straight out of Black Mirror or something. A couple months ago I would have thought nothing more than that’s pretty cool, expensive, but cool. Of course looking at it in that moment, with Infinite Jest fresh in my mind, all I’m thinking is what if David Foster Wallace was still around to see this. I would love to hear what he would say about it. His complex novel got me thinking about how heavily we rely on entertainment in an age where it’s so convenient and addictive. This boardwalk thing is in low doses and simply fun for a few minutes, but now we can buy virtual reality headsets, put in our phones, and indulge for as long as we want without even leaving our couch. Better yet, with the convenience of the Internet, we already do this with streaming services like Netflix. This is something he saw coming in an eerily similar depiction in the book.

Infinite Jest, published in 1996, takes place sometime in the near future. Basically where we are now If I had to guess. I suppose the main plot is about this video cartridge, known as The Entertainment, that’s so addicting people who view it continue to until they stop caring about doing anything else and eventually die. No, this isn’t like The Ring, it’s much more complicated than that I promise you. It’s absurd and amusing, but terribly tragic. There’s not a clear beginning and end to the book, it’s more like fragments of scenes all scrambled up and you have put them back together in your mind as you go along. It uncovers the question of what causes us as humans to get addicted to things that bring us nothing but temporary relief or false happiness. Why is it we choose to remove ourselves from reality with things that only make us more and more unhappy in the end? Whether it’s drugs, gambling, food, sports, sex, entertainment, or something nobler, we all choose to escape. It’s up to us whether this escape is in small doses or if it suffocates us by becoming the only thing we live for.

Man, I typed all of that and haven’t even said how I felt about the book yet.

It’s a tough book. It’s tedious because of the vocabulary, the insane detail, the scrambled storyline, and the 100 pages of tiny endnotes which are essential in understanding the book. DFW also likes to show off a bit, but surprisingly it really was quite accessible once I got going. After the first couple hundred pages, it begins to flow and the endnotes aren’t so frustrating, although I could have done without all the scientific names of every drug imaginable. It displays a crazy blend of influences from books like A Clockwork Orange, One Flew Over the Cuckoo’s Nest, and Fear and Loathing in Las Vegas to name a few. It features some of the strangest characters, including the unforgettable Incandenza family and my personal favorite Don Gately, a former drug addict who works at the Ennet Recovery House. So many scenes are brilliant. There were other times where my head began to wander, particularly at some of the political stuff that involves the entertainment cartridge. Even if it’s not my favorite book ever as I might have hoped it would be, I can see why people worship it, which is kind of ironic. I’m glad I read this beast because the whole journey was memorable. I’m certainly keeping an eye out for more DFW when I’m out book hunting.